Hannah Chowdhry, a long term community campaigner and volunteer for British Asian Christian Association, has been named a ‘Community Champion’ by the Child of Britain Awards.

The Child of Britain Awards were hosted for their inaugural year:

“To celebrate the inspirational achievements of remarkable young people across Britain.

There were 11 award categories, highlighting those that champion causes in their communities, protect the environment, fundraise and care for others. The event was sponsored by fashion retails ‘I Saw It First’ and Greatest Hits Radio among others.  You can read about them all (here).

On the night Hannah was presented with her award by Stuart Lawrence the brother of slain teenager Stephen Lawrence (RIP).  Later in the evening Mr Lawrence met with her and gave her a goody bag in which was a signed copy of his recent book ‘Silence is not an Option’. 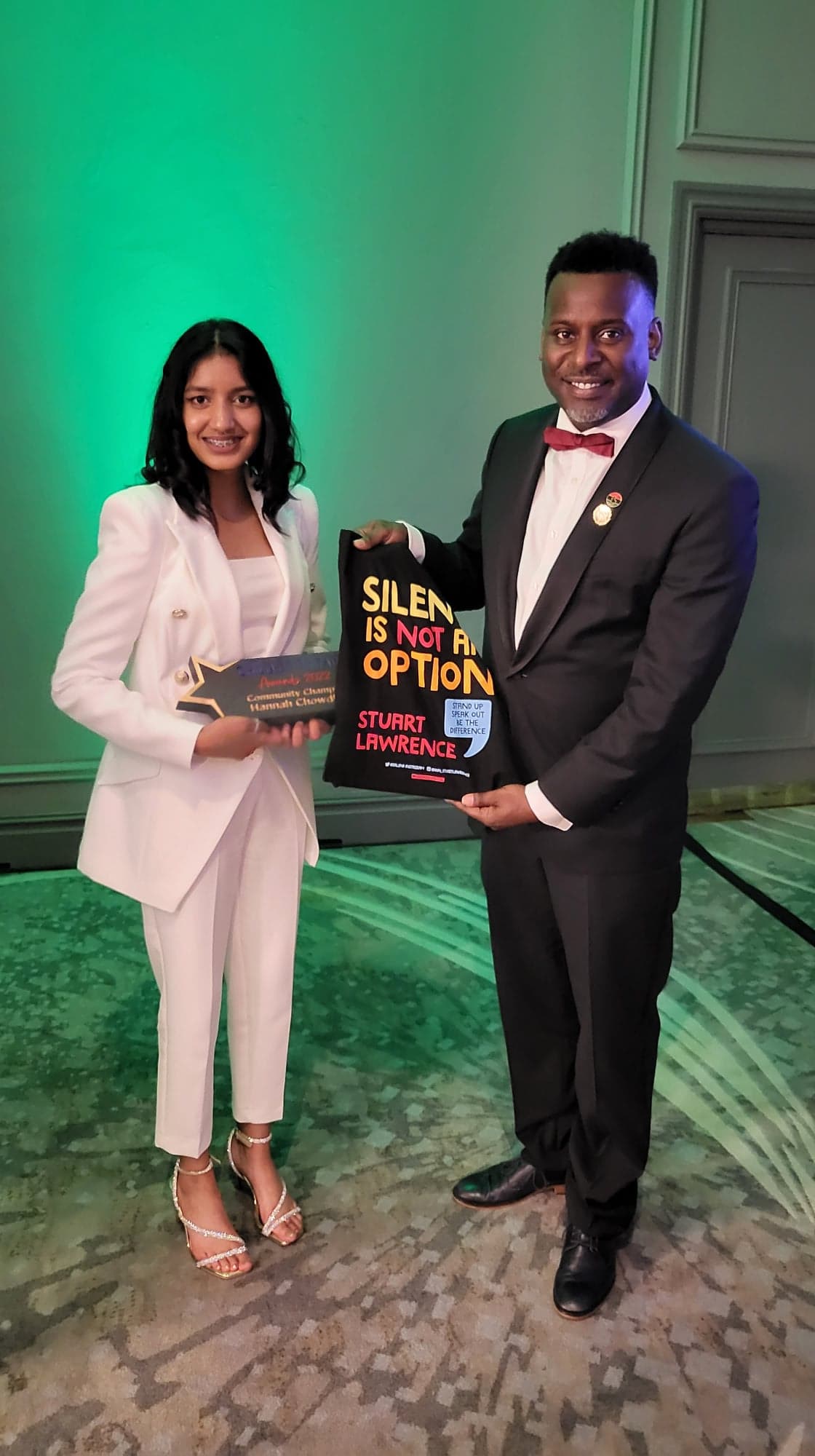 Hannah said: ‘Meeting Stuart Laurence such an important campaigner was the highlight of the event for me.
"I can’t wait to read his book!”

Hannah Chowdhry was recognised for her many endeavours including having been a Youth Councillor for two London Boroughs at the same time, and sitting on the youth panel for the Mayor of London’s Policing and Crime Unit.

At the age of 7 years Miss Chowdhry also began a 5 year campaign to bring a replica of the ‘Ilford Mammoth Skull’ to the London Borough of Redbridge.  Her efforts culminated in the donation of a £50,0000 replica being gifted by the Natural History Museum in 2015 (click here). 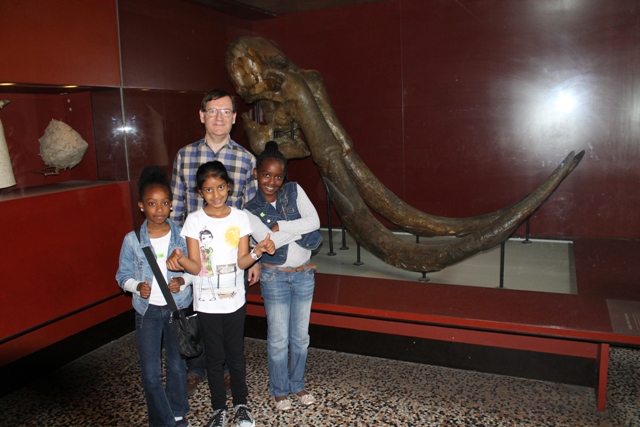 Hannah Chowdhry (aged 8) and her friends  Tanisha and Tattian Ngeze, with Professor Adrian Lister before the real Ilford Mammoth Skull in the Natural History Museum.

Here work on knife crimes also led to the Redbridge Faith Forum seeking her to say a prayer during their annual peace walk (click here).  You can learn more about her campaign (here) and how it led to the creation of a non-alcoholic bar for teenagers (here).

During the COVID-19 outbreak Hannah designed and implemented British Asian Christian Association’s ‘Meals for the Needy’ Project.  At its peak the service was feeding 65 people twice a day, providing hot meals and a foodbank.  There are many foodbanks across the country and this might not seem that special, however it was the only service that was led by a teenager.  Moreover, though the service had only been running for  a few months prior to the Coronavirus pandemic lockdown, it became the only service available for the homeless an deprived in Redbridge during that period.

Hannah introduced 22 beneficiaries to the Ryedale Centre in Redbridge, enabling them to be housed under the commitment made for COVID relief for the homeless by the UK Government.  She taught homeless people how to cook and helped them find furniture and other gifts for their homes. During the lockdown the service grew from a tiny project to the fourth largest foodbank in London (click here).

The project is smaller now and Hannah continues to help manage the service helping up to 40 people with meals and a foodbank 3 days a week.

Hannah is also a well known campaigner for Asian Christians and has spoken on the steps of Westminster Cathedral before thousands and at the European Parliament.  Read more (here) and (here).

You can read more about Hannah’s outstanding work (here)

or watch the video below prepared by Rotary Club who named Hannah Chowdhry as a Young Citizen of the Year last year:

Hannah has had to overcome health conditions such as Juvenile Arthritis and Reflex Sympathetic Dystrophy that has meant in her efforts to help others, she has had to overcome severe physical distress and pain. This is what makes her many achievements very remarkable.

Hannah has recently completed her A Levels and hopes to take up an offer to study Law at Glasgow University from September.

“Though I do not volunteer to receive awards, it is nice to be recognised.

“I hope the platform this award gives will help me further my ambitions of being a humanitarian lawyer that one day I might give relief to millions of persecuted Christians around the globe.”

Hannah continues to volunteer for the British Asian Christian Association.  You can help support our work by donating (here)